The leadership team at Corium brings together industry-leading experts in drug development, manufacturing, and commercialization who are dedicated to doing more for our partners and patients. 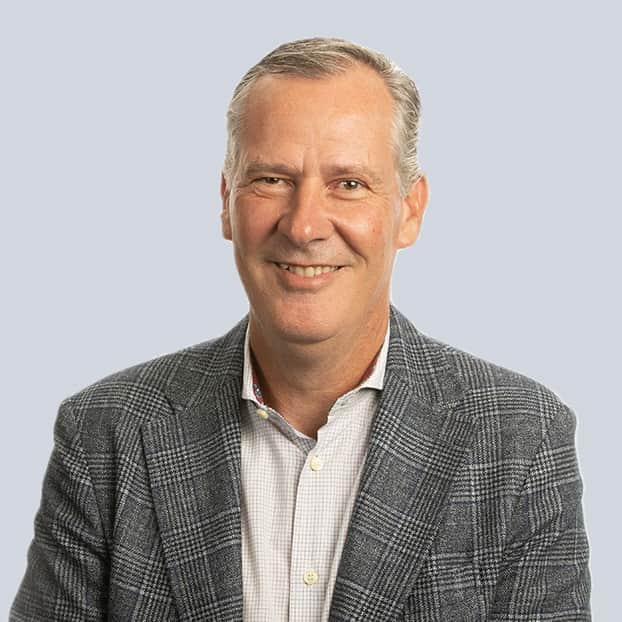 Perry Sternberg, CEO of Corium Inc, delivers a vision of a healthcare company that is patients' and caregivers' partner of choice. Based on an ethos of community and compassion, Corium strives to make a positive difference in the lives of others. As CEO, Perry focuses the company's efforts on the empowerment of patients, caregivers, and its employees.

According to Perry, every existing and potential relationship relies on the organic building of effective communication and trust, not one-sided messaging. Leading a healthcare business means being approachable, treating others with respect, and being open and eager to hear others' ideas. As Perry says, “Every person has something valuable and important to bring to the table when it comes to improving patient and caregiver outcomes.”

In his nearly 30 years of experience in biotechnology and pharmaceuticals, Perry has overseen the launches of more than 20 products across a wide range of therapeutic areas in diverse markets. Under his leadership, Corium received FDA approval for 2 CNS products that they will be commercializing, AZSTARYS for the treatment of ADHD and ADLARITY for the treatment of Alzheimer's disease. The company has also continued to advance its transdermal CDMO leadership via strategic partnerships to produce a wide array of products, including contraception and in-demand oral care products. Perry is passionate about, and thrilled by, the future that Corium is building for the people the company seeks to serve.

Perry spends his downtime with his wife, 3 children, and their family dog, and enjoys travel. 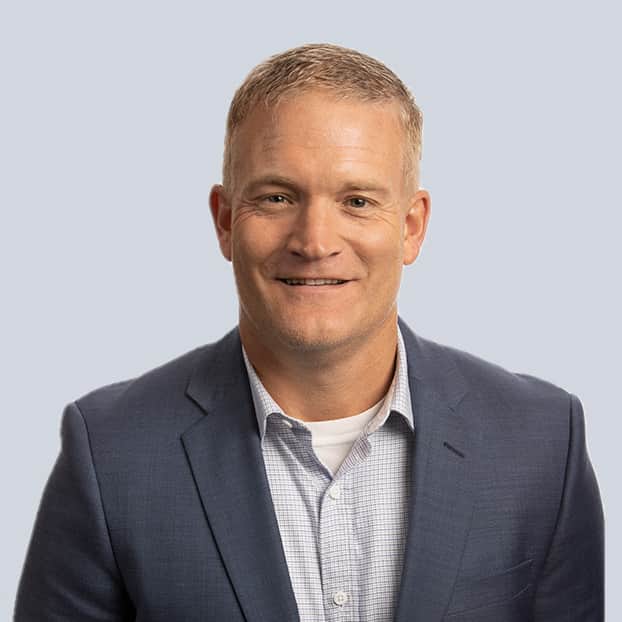 Mr. Arsulowicz is the Vice President, Operations for Corium's Grand Rapids, Michigan, site. Dan has more than 15 years of experience and management in engineering and R&D development and operations in the pharmaceutical, medical device, and OTC fields. He has led his teams through successful regulatory filings and approvals, as well as commercial scale-ups of multiple transdermal, medical device, and oral healthcare products. Prior to joining Corium in April 2002, Dan held R&D and operations roles at Amway Corporation, where he was responsible for process development, scale-ups, continuous improvement programs, and general operational support for various products. Dan received a B.S. in Chemical Engineering from the University of Michigan and an M.B.A. from Grand Valley State University. 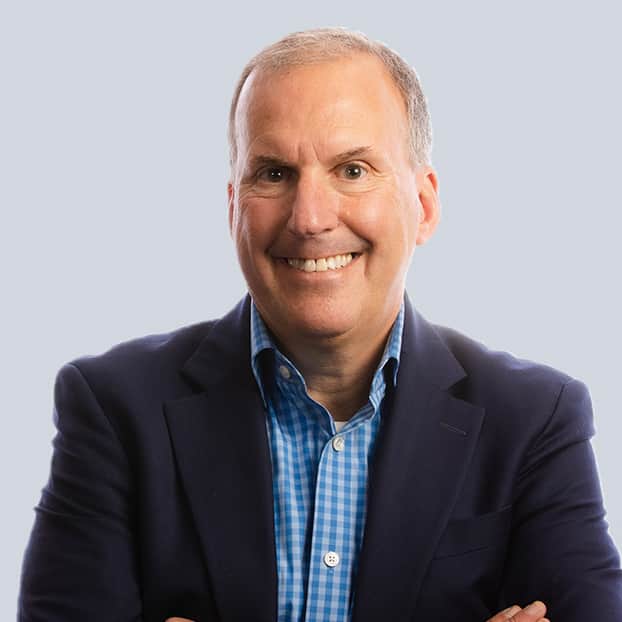 Prior to joining Corium, Steve served as Senior Vice President, General Counsel, Chief Ethics and Compliance Officer, and Secretary for Dynavax Technologies, a publicly traded biopharmaceutical company. While at Dynavax, he helped the company obtain approval of and launch its first drug product in the U.S. Prior to joining Dynavax, Steve served as Global Vice President and Ethics and Compliance Officer at AbbVie, where he helped build and lead the global compliance program and organization.

Prior to AbbVie, Steve worked at Abbott where he served as Vice President and Global General Counsel to pharmaceutical, medical device, and nutrition business units, and was a member of the business's executive leadership teams, overseeing a global legal organization. Prior to that, he was Vice President and Global Chief Regulatory and Compliance Counsel for all Abbott businesses, during which time he also was Lead Commercial Counsel for Humira. Prior to joining Abbott, Steve held various positions of increasing responsibility with the U.S. Department of Justice in Washington, D.C., law firms in New York and Washington, D.C., and the United States Attorney's Office in Washington, D.C. He holds a J.D. from the Boston University School of Law, and a B.S. in Business with a concentration in finance from Boston University.

Robyn Lynch joined Corium in 2019 and brings nearly 15 years of experience both within biopharmaceutical and medical device industries, and as a prior management consultant to various healthcare organizations. As Head of Corporate Strategy & Business Planning, Robyn enables Corium's corporate objectives and vision by driving key elements of mid- and long-term strategy, developing the roadmap to achieve these goals, and leading the execution of critical corporate efforts across strategic planning, business development, and other corporate activities.

Prior to joining Corium, Robyn served as Chief of Staff for the U.S. Commercial Business & Neuroscience Division at Shire Plc, where she provided strategic guidance and consultative expertise for Shire's $10B U.S. business, including U.S. integration efforts for Shire's acquisition by Takeda Pharmaceutical Company. Before joining Shire, Robyn was an Engagement Manager at IQVIA within their Management Consulting practice focused on Strategy and Portfolio Analysis. Prior to that, she held various roles of increasing responsibility at multiple operating companies of Johnson & Johnson supporting new product development, tech transfer, and launches for various medical device, diagnostic, biologic, and combination therapies.

Robyn is a member of Chief, a private membership network focused on connecting and supporting women executive leaders. She holds an M.B.A from New York University's Stern School of Business and a B.S. degree in biochemistry from Lehigh University. 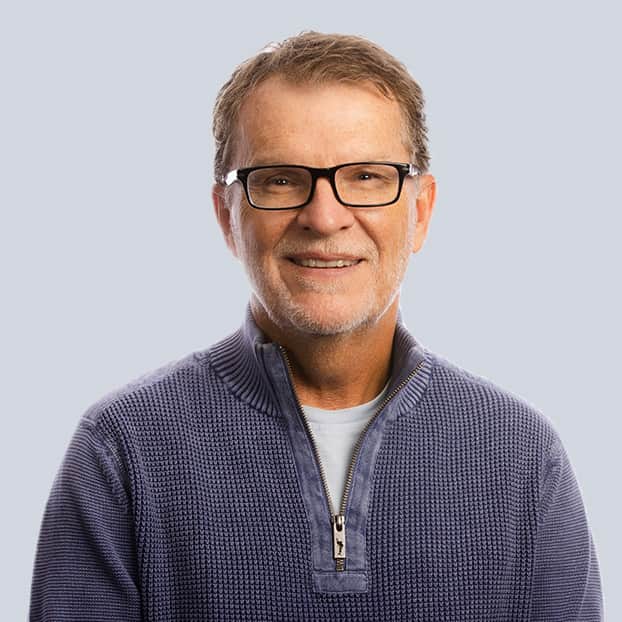 John Neeley has more than 30 years of experience in the biotechnology and pharmaceutical industries, with commercial and government markets experience across a wide range of therapeutic areas in global markets. Prior to joining Corium, Mr. Neeley was with Shire Plc, where he served in various roles, most recently as the Head of Market Access and U.S. Pricing, and before that as Head of Global Market Access. During his 17+ years at Shire, he had responsibility for market access, U.S. government pricing and reporting, managed markets, government payor channels, and distribution. He has extensive product launch experience and has spearheaded several large-scale market access strategic initiatives that resulted in increased efficiency and multibillion-dollar cost savings. Before joining Shire, Mr. Neeley was a managing partner and co-founder at Viking Healthcare Solutions, Inc. Prior to that, he spent time at Astra Pharmaceuticals and Boots Pharmaceuticals in various roles of increasing responsibility in managed markets, marketing, and sales. Mr. Neeley holds a bachelor's degree in Business from Palm Beach Atlantic University and a Master of Business Administration from Florida Atlantic University. 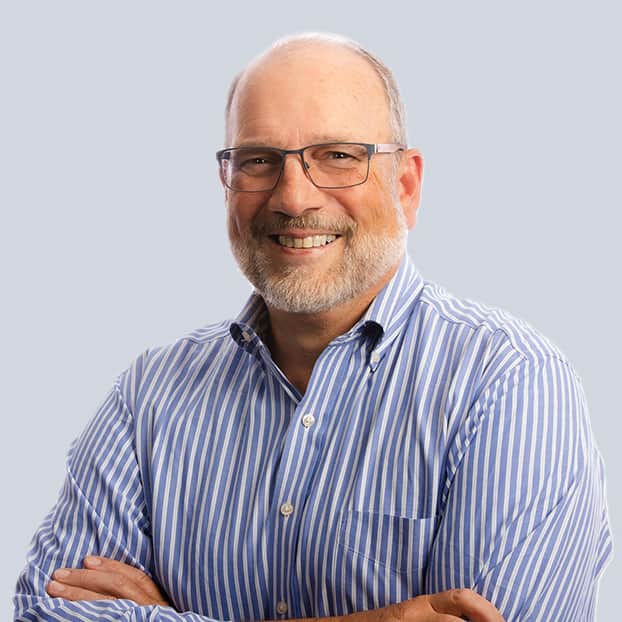 Dr. Terry Ocheltree values bringing together biopharmaceutical organizations and regulatory agencies for the betterment of patients' lives and the advancement of healthcare. He has participated in the development, submission, and approval of over 30 novel treatments, including 3 for Corium, and looks forward to working with the FDA and other regulatory agencies to bring new treatment options to improve patient and caregiver outcomes.

Terry's 30 plus years of experience include 8 years at the U.S. FDA and expands across platforms ranging from small molecules, biologics, and botanicals to combination products and generic drugs. He has been involved in pharmacy practice, product development, manufacturing, and regulatory affairs. Prior to joining Corium, Terry served as VP Regulatory Strategy and CMC at Certara, founder and CEO of PharmTree Consultants LLC, and in various advancing roles at AbbVie, the FDA, Morton Grove Pharmaceuticals, Cardinal Health, 3M, and Greenville Health Corporation.

Dr. Charles Oh joined Corium, Inc. in 2020 with more than 15 years of experience in the pharmaceutical/biotech industry. He has an established track record of industry accomplishments for achieving regulatory approval of multiple drugs and medical devices in North America and Europe, executing medical affairs strategies in support of commercial products, and leading scientific evaluations of business development opportunities. His industry experience encompasses a wide range of therapeutic areas, including pain management, cardiology, and neurology.

As chief medical officer at Corium, Inc., Charles drives the execution of clinical development programs, leads medical affairs to support commercial products, and builds the company's product pipeline. Prior to joining Corium, Charles served as Senior Vice President, Clinical Development at Acorda Therapeutics. Prior to that, he held roles of increasing responsibility and leadership at Johnson & Johnson and Purdue Pharma. Dr. Oh received his medical degree from Washington University in St. Louis and subsequently trained in internal medicine and cardiology. He also received an M.B.A. from the University of North Carolina at Chapel Hill and a B.S. in Biology from the University of Miami (FL).

As the Head of the CNS Business Unit, John Price is responsible for sales, marketing, and commercial operations at Corium. He brings 30 years of experience in biotech, pharmaceutical, and healthcare marketing with broad expertise in brand strategy, marketing, sales, life-cycle management, and commercial operations. John most recently served as the Executive Vice President, Client Services at RevHealth, a full-service healthcare marketing agency that specializes in pharmaceutical and healthcare strategy, marketing, advertising, and education. Prior to that, he led multiples businesses in General Manager roles at Abbott Laboratories overseeing the Portugal affiliate, the nephrology business, and the antibiotic business. Earlier in his career, John held roles of increasing responsibility and leadership at GlaxoSmithKline plc and ZS Associates. He holds a bachelor's degree in Economics and Psychology from the University of Michigan and a master's degree in Management from Northwestern University. 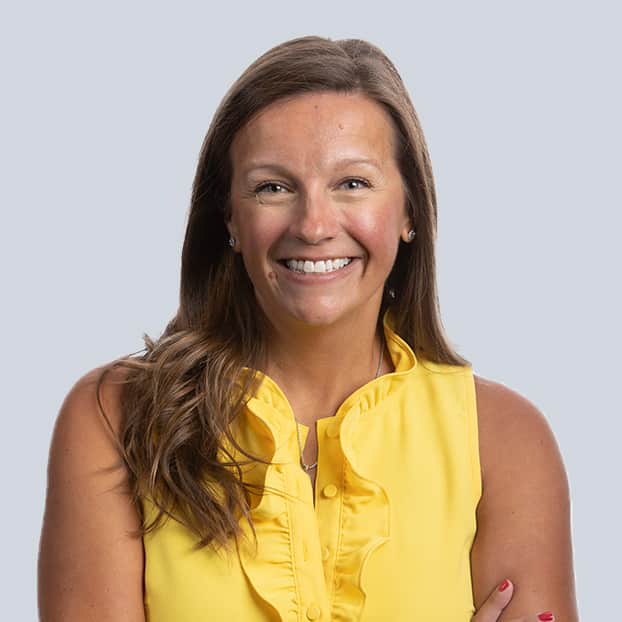 Jamie Spaeth joined Corium in 2019 bringing nearly 16 years of experience within the biotechnology and pharmaceutical industries, with significant HR expertise including organizational design, change management, talent development, employee engagement, and leadership coaching. As Chief People Officer, Jamie focuses on strengthening the organization and its culture, inspiring everyone to make each day better than the last for our people, patients, and community.

Prior to joining Corium, Jamie served as the Head of HR for R&D, Technical Operations and Corporate Functions at Sage Therapeutics, where she was responsible for evolving the organizational structure and implementing people strategies to transition from a clinical R&D organization to a commercial product company. Before joining Sage, Jamie spent almost 12 years at Shire Plc where she held various roles across HR, eventually becoming the Head of HR for U.S. Commercial. In 2018, Jamie was recognized by the Healthcare Business Women's Association with a Rising Star award. Jamie is a member of Chief, a private membership network focused on connecting and supporting women executive leaders, and Leap HR Searchlight, an industry-specific club for life science CHROs focused on future-looking key people trends.

Jamie holds a bachelor's degree in Hospitality and Tourism Management from the University of Massachusetts, Amherst, and a master's degree in Human Resources from Suffolk University.